The Chandler Travis Three-o, like most things in life, started by mistake, as a result of Chandler having a hard time finding rooms large enough to house his nine-piece Chandler Travis Philharmonic. In 2009 or so, a couple of small, friendly bars opened on Cape Cod (the first being the Harvest Wine Gallery in Dennis) that asked Chandler about doing something with just another person or two, which wasn’t at all the direction he’d been going in.

These offers coincided happily with the arrivals in the Philharmonic of string bassist John Clark and jack of all trades (but especially saxophonist, keyboardist, and clarinetist) Berke McKelvey. Chandler had dabbled in smaller formats before, but in Clark and McKelvey suddenly had two extremely talented and enthusiastic players who shared his passion for detailing, arranging, and rehearsing, all of which had been in fairly short supply in not only the CTP, but in Chandler’s other band, the Incredible Casuals. Both played beautifully on his recent solo album, 2009’s well received “After She Left“, which turned out to be sort of a petri dish version of the live group to come, and with the frequent addition of vocalist and longtime supporter Fred Boak, aka The Valet (for what good is a Three-o with only three people?), the Three-o was born.

At least two unexpected surprises followed: it gradually became evident that the Three-o could play just about anything the full version of the band could play, once they put in the time to adjust the arrangements, plus a few things it couldn’t; and it immediately became evident that audiences responded to the tighter focus in a delightful way, clearly picking up on the songwriting, which has always been at the heart of the matter in all of Chandler’s bands, in a way they didn’t when confronted with all the many distinctive personalities and riotous pageantry of the full CTP. The vast simplification seemed to engage people in a disarming and unassuming way, quieter and more direct. Lo and behold: it was dug!

2012 saw the release of two digital songs to commemorate the new year (“January,” “Drunk Angry People Shut Up“), and the debut album, “This is What Bears Look Like Underwater“, arrived in January of 2013, followed eventually by their follow-up CD, “Backward, Crooked From the Sunset.” The Three-O also contributed three tracks to the 2015 compilation “Bocce & Bourbon: the Comfortable Songs of Chandler Travis & David Greenberger,”

For examples of what the Chandler Travis Three-o sounds like, we recommend our 2012 debut album:

and these “Song of the Weak” selections: 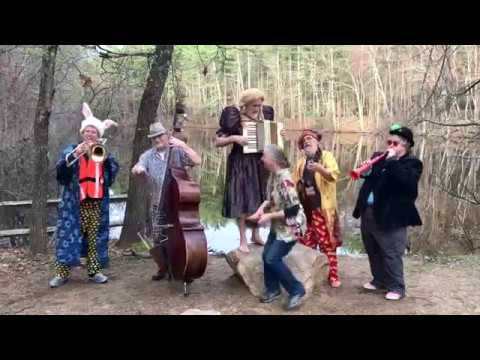 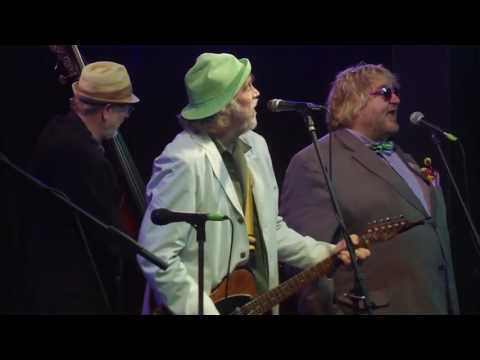 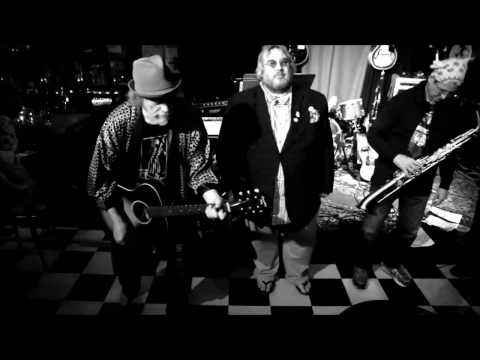 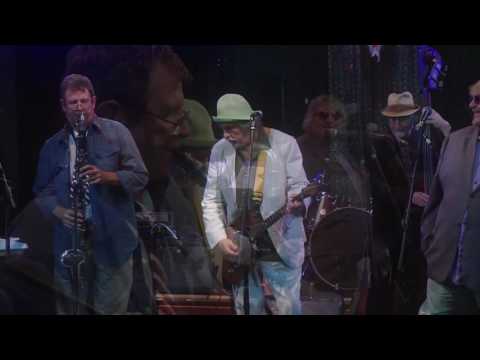 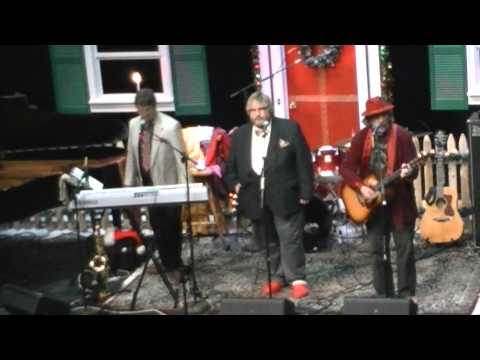 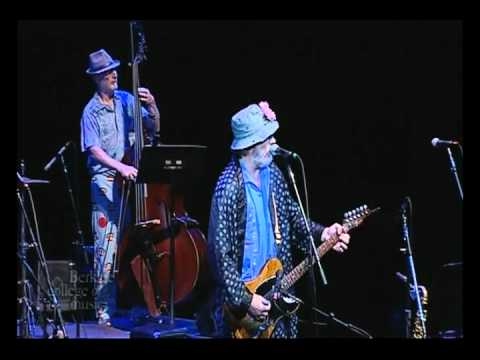 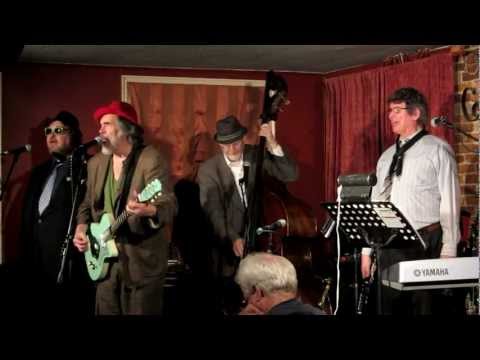 What people are saying about Chandler and the Three-O

What really ropes you in is the awesomely courageous and gentle way Travis explores human emotion. All his many love songs are at the heart of it all meditations on this theme– not sentimental wishy-washy fantasies of imaginary happiness, but site specific stories of two way streets, cul-de-sacs, and dead ends. It’s honest in confronting the tragic aspects, as well as the delirious joys, of falling in, out of, and sideways in love.

Dixieland romps, twisted Mardi Gras marches, sweaty 60’s rock, smoky torch songs, and occasional novelties that sound somewhere between Randy Newman and They Might Be Giants, all with hilariously offbeat lyrics. The world would be a better place if Travis would only visit more often.

The amazing Three-o is our favorite: they can play anything the highly unconventional nine-piece Dixieland/avant-jazz/pop Philharmonic can play, and then some. The focus is tighter, and the songwriting, which has always been at the heart of Chandler’s bands, gets center stage in a way that is not possible with the riotous pageantry of the full Philharmonic.

What Frank Sinatra is to New York City, what Bruce Springsteen is to New Jersey, what Elvis Presley is to Memphis, Chandler Travis is to Cape Cod.

…one of rock’s true originals.

…dazzling musicianship and fearless merry-making… explores the terrains of love and life’s absurdities with rowdiness, tenderness and a sardonic faith in humanity that never wavers… we’re witnesses and co-conspirators in something that feels magical.

An ineffable blend of humor, sincerity and lush dreaminess -not to mention that the Three-O is entertaining, charming, and spell-binding to watch!

He’s a true New England eccentric, a master of daft power pop, and live, he plays in his pajamas…

…a one-of-a-kind songwriter whose absurdist wit coexists with a bruised idealism that gives his best tunes a deep and haunting resonance.

about “Backward Crooked From The Sunset”

The group’s sound is hobo countrypolitan; a wonderfully ragged blend of folky melodicism, jazz smarts and show tunes. There are delightful little hooks scattered throughout, a bass clarinet line here, tinkling bells there and the omnipresent bass melodies.

Quirky, irreverent and highly skilled, Cape Cod’s Chandler Travis and his Three-O play downhome, folk-inspired tracks that boast of unbridled irreverence. For people who appreciate the art of a gifted raconteur and a highly proficient crafter of intelligence, personalized songs, ‘Backward Crooked From the Sunset’ is a perfect soundtrack for the summer.

…avant folky jazz a la Frank Zappa with the spirit of Randy Newman and Spike Jones, with an introspective lyricism… a superb record that you sip, savoring its twists and turns, instead of swallowing whole.

…take the “Pet Sounds” experience and add, say, Sparks’ “Propaganda and Wizzard’s “Introducing Eddy and the Falcons” experiences – and you get something approaching my state of mind and ears listening to the twelve tracks on “Backward Crooked From the Sunset.” Fun? Completely. Funny? Yes, or perhaps more witty. Fulla surprises? At every turn. And like that beautiful (if slightly over-referenced) Beach Boys album, blossoming with lush instrumentation and haunting harmonies.

A sentimental softie, an astute observer of life, a prankster with a pen – Travis is all of the above. He’s also a lyrical literalist, a writer whose songs come straight to the point, and “Backward Crooked From the Sunset” is an album that captures the joy and genius that is the trademark of the Chandler Travis Three-O.

In an age where music has been reduced to tacky ever-present wallpaper, canned and tinny at gas station pumps or airplanes parked at the gate, Travis and his band transform it back into a vital life force via their whimsical and soulful performances, a celebration of community and heart, with songs that include folk, power pop, vaudeville and some New Orleans spirit.

Ably done with a gentle and engaging stripped-down simplicity, this album wins the listener over on the basis of its considerable folksy charm alone. Chandler Travis not only possesses a pleasantly hoarse voice, but also has a firm grasp of delicately dulcet melodies and an equally sturdy knack for sweet plain-spoken lyrics. The expert playing and harmonic arrangements further enhance the overall lovely quality of this perfectly fine little beaut.

…the joy of music personified, just brimming with wit, warmth, and childlike wonder. I found myself on the verge of happy tears for ¾ of their set, and when they played the song ‘National Geographic,’ I was just done for. Something about the utter sweetness of Travis’ voice, the lovely instrumentation and harmony from the band behind him, and the earnestness of this beautiful little song about learning more about the world around us just killed me (in a good way). It was a powerful reminder of the goodness and light that exists even when things in the world seem sort of dark. The Three-O is an antidote for all the dark stuff.

Irascibly savvy, a versatile, virtuosic musician that can seem both mad as a radish and as serious as Beethoven’s little hippie brother within the length of a single measure, Chandler Travis is one of those artists that, by natural inclination, operates inside that twinkling sphere of inspiration populated by but a select few fellow travelers. A feast of splendid restraint, this is a casually rich, often humorous, more often poignant gambol down Chandler Travis Avenue, where the specters of Randy Newman, Carole King, Bob Dylan, and Irving Berlin loiter with intent in every doorway. If nothing else – and one could continue, conjuring a cascade of accolades until the Cowsills come home – the work on “Backward” proves that an understated tour-de-force is arguably more impactful than the full-on brouhaha. If you value song, listen and rejoice!

Stunning song craft with batshit brilliant delivery as performed by the crazy uncles and auntie you wish you always had. The crowd’s permagrin doe-see-doed with their slack-jaws and their hearts all grew a size and their freed minds taught their asses a new dance. Then again, what more could you ever expect from being blessed by Chandler’s one-of-a-kind presence and performance?

Get Our Latest Album

Tweets of the King